During a phone conversation, Nell tells Arthur how he’s never too old for a balloon. While she was referencing his birthday, Nell’s quote stuck out to me. When you think of a balloon, simpler and happier times usually come to mind. From the way I interpreted her quote, I think what Nell is trying to say is how you’re never too old to enjoy the simpler and happier things in life. Throughout the series, we have seen the characters try to achieve this in their lives. By Jess and David working together at The Inn at Eagle Point, they always appear to be happy. Megan has re-visited a passion from her past, currently using it to help a fellow artist. But there are characters whose passions are still unknown, the audience left wondering what truly makes them happy. Until that can be discovered, let’s re-cap this episode of Chesapeake Shores!

Name: Love is Here to Stay

Abby’s story: Abby continues to work with Evan on their hotel project. But due to the possibility of the hotel residing on a potential excavation site, the project may come to a halt. In the previous episode, some artifacts were discovered by Abby. In this episode, a representative from the Smithsonian reveals to Abby and Mick how more artifacts were found. The representative also shares that the artifacts might belong to a ship from the 1600s. Because of these findings, the site where the hotel project resides is now deemed an excavation site. Before this news is revealed to Evan, Evan discovers the elevator company working on the project is one that he doesn’t like. He also tells Abby that it bothers him how she kicked him in the head at Tae Kwon-Do class the other day. Later in the episode, after returning from his trip to Iceland, Evan apologizes to Abby by offering her a sweater. Abby uses this time as an opportunity to tell Evan about the hotel project site finds. Before leaving Abby’s office, Evan tells her he’ll think about pulling out of the project. Abby gets her answer at Jess and David’s wedding, as Evan was invited by the bride and groom. He tells Abby he is pulling out of the hotel project, which upsets Abby.

Bree’s story: While walking to her car at the University of Maryland, Jerome keeps Bree company by walking with her. During their conversation, she mentions how she’ll not only be attending her sister’s wedding, but she’ll also be officiating it. Bree invites Jerome to be her plus one. He accepts her invitation and gives her a kiss. One day, while on the beach with Abby, Bree shares what happened at the University. She also reveals there’s another guy she is interested in. At Jess and David’s reception, Jerome apologizes to Bree for spontaneously kissing her. They both agree to act like it never happened. During the event, Bree learns that Kevin invited Luke to the wedding. To avoid any awkwardness, she spends time with Luke after Jerome leaves the reception. But, while Bree and Luke are dancing, Jerome sees them together.

Connor’s story: Connor has spent the past two weeks unemployed. He feels defeated about his dream job turning into a nightmare. However, Mick’s case is what helped make Connor’s decision to leave a little easier. Connor seriously considers his father’s advice of starting a firm in Chesapeake Shores. He even looks at a property for sale, a building that used to be the town’s pet store. While Connor shows his father the property, Mick is impressed with the building’s architecture. He is also impressed with Connor’s blue-print for the firm. Mick not only offers to help, he also gives Connor valuable advice. He tells his son that one of the most important parts of growing up is knowing when to ask for help.

Jess and David’s story: During the week of the wedding, Jess keeps having recurring dreams about something bad happening to David. So, she wants to get married as soon as possible, in order for these dreams to stop. While David doesn’t think much of the dreams, Jess’s siblings have their own ideas of whether her dreams will go away after the wedding. Despite all of this, the wedding runs smoothly with no issue in sight. Even the reception turns out great! David’s parents change their minds about the wedding location, as they think it was perfect for David and Jess. When Abby asks Jess what she thinks of her wedding, Jess says it was better than her dreams, especially since David survived.

Arthur and Nell’s story: One day, Nell calls Arthur to wish him a Happy Birthday. Arthur responds by telling her it’s been a long time since anyone has called him on his special day. During this call, Nell tells him to go to his front door. After listening to Nell’s directions, Arthur discovers a basket of baked goods on his doorstep. In this basket, he finds birthday cards from Kerry and Caitlyn. When Arthur discovers the artwork inside Kerry’s card, he gets an idea. Later in the episode, Arthur gives Kerry his painting supplies. He explains how he hasn’t used them in years, believing Kerry will put them to better use. When Kerry expresses how nervous she is to paint anything, Arthur tells her to paint anything how she sees it.

What did you think of this episode? Are you looking forward to the next one? Let me know in the comment section! 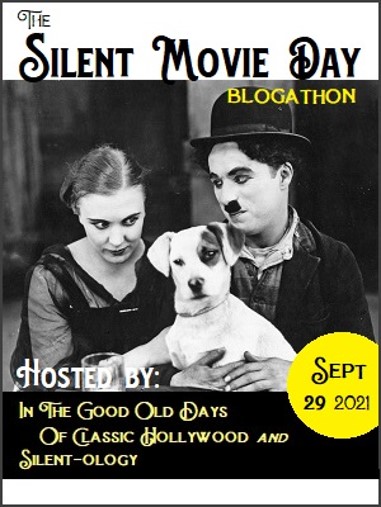