Last year, in a Word on the Street story, I talked about how Hanukkah would be incorporated into two upcoming Hallmark movies. As time has gone on, these films were revealed to be Holiday Date and Double Holiday. Recently, on Deseret News, a writer named Gillian Friedman shared why she wasn’t looking forward to seeing Hanukkah featured in Hallmark’s films. When I read her article, I found that she had good, valid points to her argument. Gillian wasn’t alone, as I read more similar opinions on the internet. However, I still chose to review Holiday Date with an open mind. Like I mentioned in the aforementioned Word on the Street story, movies that discuss the Jewish faith are not commonly found in Hallmark’s cinematic library. So, I was glad to see that the network was adopting story-elements that we haven’t seen in quite a while. I was also curious to see how Hanukkah would be included in both films. Now that I have seen Holiday Date, it’s time for me to share my honest opinion about this much talked about movie!

The acting: Brittany Bristow is an actress that has appeared in several Hallmark projects. Whenever she is given a supporting role, she has always found a way to stand out and be the best actress that she can be. I was excited when I found out she had received the lead role in Holiday Date, as I knew she had what it takes to carry a Hallmark film. Brittany’s performance in this movie did not disappoint! She had a very pleasant on-screen personality and was versatile in her portrayal of Brooke. Another actor that gave a versatile performance was Matt Cohen! For his first time starring in a Hallmark film, he did a really good job portraying Joel. Throughout the movie, Matt was funny and charismatic, which helped make his character memorable. This makes me hope that Matt appears in more Hallmark films in the future! The supporting cast in Holiday Date was solid! What worked in their favor was how well each cast member worked with one another. This was achieved by the good on-screen chemistry between the film’s actors and actresses.

The humor: In my review of The Nine Lives of Christmas, I said that it feels like most of Hallmark’s Christmas movies have been light on humor this year. Seeing Holiday Date as a more humorous story than other “Countdown to Christmas” films was a pleasant surprise. The type of humor that can be found in this movie is “comedy of errors”. Because the story is about a man and a woman who pretend to be a couple, it makes sense to include “comedy of errors” into the narrative. I found the humor in Holiday Date to be well-written and genuinely funny. One scene that I thought was hilarious was when Joel tried to keep Brooke’s dad’s (Walter’s) glasses away from him in an attempt to avoid seeing Joel’s television commercial. Since the whole cast had good comedic timing, it helped all the humor in Holiday Date stick the landing!

A unique story: A story involving a “fake” significant other is nothing new for Hallmark Channel. But, because this kind of story is not featured as often as other narratives, it makes Holiday Date feel like a breath of fresh air! Standing out from other films on the network, Holiday Date creates a sense of memorability for itself. The movie’s creative team went against the grain and focused more on quality than formula. This movie incorporated different story-telling elements into the script. The inclusion of Hanukkah is a good example of this. With this creative decision, it allows for interesting perspectives to be shown and discussed. Watching Joel and Brooke’s family learning and experiencing each other’s traditions and cultures was a great thing to see. It instills the values of friendship and family that are woven into the fabric of Hallmark Channel.

The “it’s not what you think” cliché: In Holiday Date, Joel sees Brooke spending time with her ex-boyfriend. This causes him to assume that she still has romantic feelings for her ex. While I wasn’t a fan of Brooke’s ex-boyfriend showing up unannounced, I found that particular scene to be surprisingly hilarious. But, as for the “it’s not what you think” cliché, I thought it was unnecessary. The main plot of the story already provided a conflict for Brooke and Joel, so they really didn’t need a second conflict. Also, since most of the female main characters in Hallmark movies form a relationship with the male main character, the audience knows who she will ultimately fall in love with.

No subplots: Because Brooke and Joel’s “fake” relationship is the primary focus of the story, the majority of the film’s events revolve around this conflict. However, I found several missed opportunities for subplots to take place. One example is Tessa’s desire to become an actress. During Holiday Date, Tessa auditions for the local theater’s Christmas play. I liked seeing this part of the story unfold. But I think it could have been fully explored if it were a subplot. I also think that some of the characters could have benefited from receiving their own story. In the movie, Brooke’s sister, Ashley, and her husband, Glen, mention that their new house has met some difficulties when it comes to its construction. Like Tessa’s part of the story, this wasn’t explored as much as it could have been. Having one or two subplots might have added some interesting elements to the overall narrative.

An isolated story: One of the reasons why Joel agrees to pose as Brooke’s boyfriend is so he can gain research for a potential acting job. What makes Holiday Date different from other stories with small-town backgrounds is that Brooke’s town, Whispering Pines, didn’t really play a strong role in the story. Sure, a few establishments were featured, such as Brooke’s uncle’s hardware store. But it felt like Joel received a limited scope of small-town life. The people within the town only made brief appearances in the film. This prevented them from sharing their perspectives with Joel and making a bigger contribution to the story. Because of these things, it made the overall narrative feel isolated.

Films are a subjective medium. Because of this, everyone is bound to view movies differently. Holiday Date is a good example of this. Some people were not a fan of Hallmark choosing to incorporate Hanukkah into their films. Personally, I found Holiday Date to be nowhere near as offensive as some people made it sound. While watching this movie, I could tell the network had the best intentions when creating this film. Through the interactions of Joel and Brooke’s family, it felt like the film’s creative team had their hearts in the right place. Holiday Date is a film that I truly enjoyed! There were a lot of elements that worked in this project’s favor, from the entire cast to the creativity of the story. This film has its flaws, but, to me, the positives outweighed the negatives. When I look back on Hallmark’s “Countdown to Christmas” line-up, Holiday Date will be one of the films that I’ll fondly remember.

What are thoughts on Hanukkah appearing in Hallmark’s films? Have you seen Holiday Date? Let me know in the comment section below!

If you want to read Gillian Friedman’s article, here’s the link:

I also found this interview with Holiday Date star, Matt Cohen, so here’s the link if you want to check that out as well: 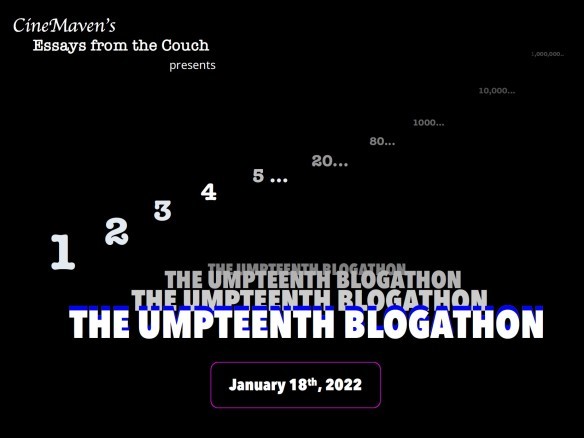