Earlier this month, 18 Cinema Lane received 340 and 345 followers! Before I continue, I’d just like to say thank you to each and every person who has chosen to follow my blog. I appreciate you taking the time to read my articles and listen to what I have to say. Speaking of articles, let’s back to the review! For April’s Genre Grandeur, the theme is “travel films”. Because this topic is so broad, it took me a while to figure out which film I would write about. Then I remembered I had the 1966 movie, Born Free, on my DVR. While Joy and George Adamson, the story’s protagonists, do travel within the movie, it is not the central component of the story. I also have participated in Thoughts From The Music(al) Man’s Star/Genre Of The Month Blogathon, with my review of China Seas being my first contribution. April doesn’t have a theme, so I thought Born Free would be the perfect choice for the blogathon! Prior to writing this review, I had heard of, but not seen, the 1966 picture. This is because I was familiar with the movie’s theme when it was featured on the soundtrack for the film, Madagascar. Now, the moment you’ve been waiting for; the start of this review!

How the animals were showcased: While I liked the acting in Born Free, it’s the animals that steal the show! Animals were showcased in a natural way, allowing them to be shown in situations that are more realistic. None of the animals were given voice-overs, giving the audience a chance to witness their authentic expressions. A great example is when Elsa, the lion Joy and George take care of, interacts with a male lion. Throughout the scene, Elsa and the male lion take turns roaring. They also can be seen fighting over food. The way these lions were presented made it look like they were having a conversation. The human characters’ conversations about these animals also gave them a humanistic quality. After Joy and George leave Elsa alone with the aforementioned lion, Joy compares the experience to waiting for a daughter to come home from a date. The cinematography and script gave the animals just as much importance as the human characters!

The scenery: The majority of Born Free takes place outdoors, as the African landscapes serve as the principal scenery for the story. Toward the beginning of the movie, Joy is painting in her front yard. A clear blue sky enveloped a large space of plains. This specific location appeared peaceful as long shots were used to capture it on film. Another impressive location was the beach that Elsa, Joy, and George visit. Once again, a blue sky is visible, soaring over the blue of the ocean and bright beige of the sand. The beach was very photogenic, with long and medium shots helping to showcase that location!

The music: I liked the use of music in Born Free! The pieces of instrumental tunes provided the tone for each scene it was included in. When a suspenseful and tense moment took place, the sound of beating drums could be heard. This sound elaborated on the seriousness of what was happening in that particular scene. One example is when, toward the end of the film, Elsa is fighting with another female lion. For more light-hearted, joyful moments, the movie’s theme played in the background. Some scenes that featured this piece of music revolved around Elsa and her sisters as lion cubs.

An inconsistent narrative: When a close friend named John suggests Elsa should be placed in a zoo, Joy is completely against the idea. This decision has even resulted in a heated argument between Joy and George. Joy’s decision for wanting Elsa to remain wild is understandable. However, earlier in the film, she doesn’t object to sending Elsa’s two sisters to a zoo. Joy also takes in a baby elephant that Elsa happened to be chasing one day. This specific narrative was inconsistent, which prevented me from getting fully invested in Joy’s side of the story.

The run-time: According to IMDB, Born Free is an hour and thirty-five minutes. But because the story is a simpler one, I don’t think this movie needed that run-time. While watching the film, I noticed how some scenes contained montages. For example, when Joy, George, and Elsa go to the beach, a montage lasting several minutes featured these characters playing on the beach and in the ocean. I feel these montages were placed in the film to satisfy its run-time. Had these montages been shortened, the movie could have had a run-time of an hour or less.

Unnecessary voice-overs: Throughout the film, Joy provides voice-overs to explain what is happening in the story. These voice-overs were beneficial in understanding Elsa’s journey. But there were some scenes where Joy’s voice-overs were not necessary. At the beginning of a scene where Joy, George, and Elsa are at a camp, Joy explains how, one night, she heard the roar of a lion who was eating the livestock of a nearby African village. If the voice-over had not been included in this scene, the on-screen event could have spoken for itself. Having the voice-over only reminded the audience of what they already knew.

When you think of “travel films”, a movie where the protagonist takes an extravagant and adventurous trip will likely come to mind. However, traveling can mean different things for various people. In the case of Born Free, Joy and George Adamson travel from England to Africa. Throughout the film, they also travel to town and several African villages. As I mentioned in the introduction, Born Free does not focus on the travels of Joy and George. Instead, it prioritizes the relationship these characters share with Elsa. While I liked the natural portrayals of the animals, these depictions are more suited for an older audience. This is also a simpler story, calling for a shorter run-time than the one it received. Not only were some of Joy’s voice-overs unnecessary, but her stance on keeping Elsa out of a zoo was inconsistent. Despite these flaws, I thought Born Free was a fine film! If you are interested in the subject of animals, I feel this is the movie for you!

Have you seen any “travel films” lately? Do you have any films to recommend for the next blog follower dedication review? Let me know in the comment section! 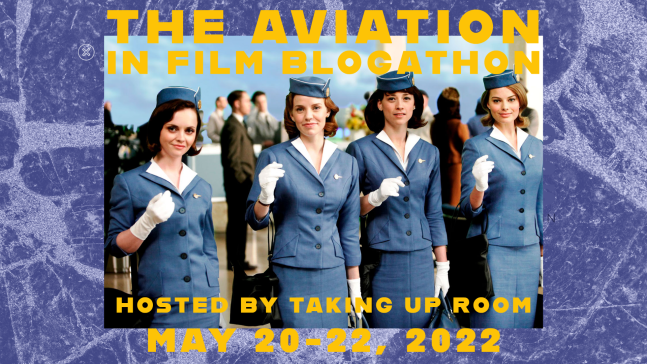