Hometowns to Hollywood’s Celluloid Road Trip Blogathon is about discussing films that revolve around a particular U.S. city. For my entry, I’ve chosen the 2002 film, Chicago. This movie has been on my DVR for three years, the longest a film has ever sat on the device. In fact, Chicago has spent the most time on my DVR, staying there since May of 2017. So, this was the perfect opportunity to finally see it! Even though it was my first time seeing the movie, it was a title I had heard of before. Whenever cinematic musicals of the 21st century are discussed, Chicago is usually brought up in the conversation. However, I never made time to check the film out. Now, in 2020, I am ready to review Chicago!

The acting: Chicago is an ensemble film. Therefore, multiple actors pulled off a performance that was enjoyable to watch! Whenever I think about Queen Latifah’s portrayal of Matron “Mama” Morton, I think about how she carried her character with confidence! Even in the musical number, “When You’re Good to Mama”, she appeared comfortable performing in front of an audience. Through the use of music and theatrics, Queen Latifah was able to garner attention from the audience and create an effective on-screen presence! I have seen some of Richard Gere’s films prior to watching Chicago. However, most of those projects have leaned more toward the drama genre. His role, Billy Flynn, allowed him to step out of his comfort zone. Similar to what I said about Queen Latifah’s performance, Richard looked comfortable in his role! He even did a good job when it came to the musical numbers!  What I liked about Renée Zellweger and Catherine Zeta-Jones’ performances is how their on-screen personalities were so different from one another, yet complemented each other so well! It created such an interesting dynamic between these characters. Like I said about Richard Gere, Renée and Catherine did a good job pulling off the musical performances, as well as the portrayals of their characters!

The musical numbers: If you’re going to create a musical, you need to create musical numbers that are worth watching. When it comes to Chicago, the musical numbers were the highlight of this project! They are all presented as dream sequences, to show how Roxie views her world. I found this is to be an interesting creative choice, as most musicals include their musical numbers within the events of the plot. Chicago’s musical numbers were stylized, serving as visual spectacles. Bright colors and lights provide a consistent component, adding to their photogenic appeal. I also liked the creativity that could be found in these musical numbers. An example is “We Both Reached for the Gun”, where all the characters except for Billy are showcased as a puppet.

The historical accuracy: When I was watching Chicago, I noticed how the entire production appeared historically accurate! This film takes place in 1924, which is reflected in various ways. One of them is the hairstyles of the female characters. Both Roxie and Velma sport shorter hair-dos, showing women’s style choices of that time. The costumes, in Roxie’s world and the dream sequences, seemed to belong in that decade. Longer coats were worn by some of the female characters, with a millionaire named Kitty wearing a white one with embroidered flowers in a scene. Set designs and even vehicles showcased the historical accuracy I found in this film! It tells the audience that the creative team behind the project cared about their film’s presentation.

Too much burlesque: While there are plenty of musical numbers in Chicago, the majority of them featured burlesque. Personally, I am not a fan of this particular performance style. Therefore, I didn’t care for burlesque’s abundance. Aside from my personal opinion, the number of burlesque routines felt like they were rehashing the same idea. There was only so many times the movie could present a scantily clad dancer performing mature dance moves before the concept got old. Chicago is a film that, in my opinion, would have benefitted from having less burlesque.

Mixed messages: As I’ve said before, I watch movies to be entertained. However, I can appreciate a film that contains a good message. In Chicago’s case, there were mixed messages throughout the story. One good example revolves around Roxie’s quest for stardom. On more than one occasion, other women have gained more attention than her. This led me to believe the movie’s overarching message would be about how there will always be someone who has more than you no matter how much you strive for what you want. I won’t spoil the film for those who haven’t seen it. But what I will say is the film’s final outcome contradicts the message that seemed to be delivered.

Characters that are terrible people: When I reviewed Twentieth Century last month, I talked about how all the characters were awful individuals. This caused me to lose investment in them and their stories. Chicago has a similar flaw, with most of the characters being terrible people for different reasons. Toward the beginning of the film, Roxie is shown murdering a man, even though he was walking away when the crime was committed. The song, “Funny Honey”, highlights how Roxie is glad her husband, Amos, comes across as ignorant because she thinks that will help her cover up her crime. Out of all the characters in this film, the only one I cared about was Roxie’s husband, Amos. While he was a simple man, he was the only character who was a genuinely good person. I couldn’t help feeling sorry for him during the musical number, “Mister Cellophane”.

The way I feel about Chicago is the same way I feel about Moulin Rouge!: it was ok. The 2002 movie does have merit, which can be found in the acting performances and the musical numbers. But, similar to Moulin Rouge!, Chicago relies more on style than substance. Because the audience knows the protagonist committed a crime, there is no sense of intrigue. It also doesn’t help that the majority of the characters are terrible people. The mixed messages within the story are confusing, with the script saying one thing, but then being contradicted later on. If you’re not a fan of burlesque, then you probably won’t enjoy most of the film’s musical numbers, as they abundantly feature burlesque routines. However, the musical numbers in general were well-crafted, especially on a technical level. Therefore, I would recommend these parts of the film. As for the movie itself, this is one I don’t see myself revisiting.

Have you checked out the other entries from the Celluloid Road Trip Blogathon? If so, which city that was addressed do you think is interesting? Share your thoughts in the comment section! 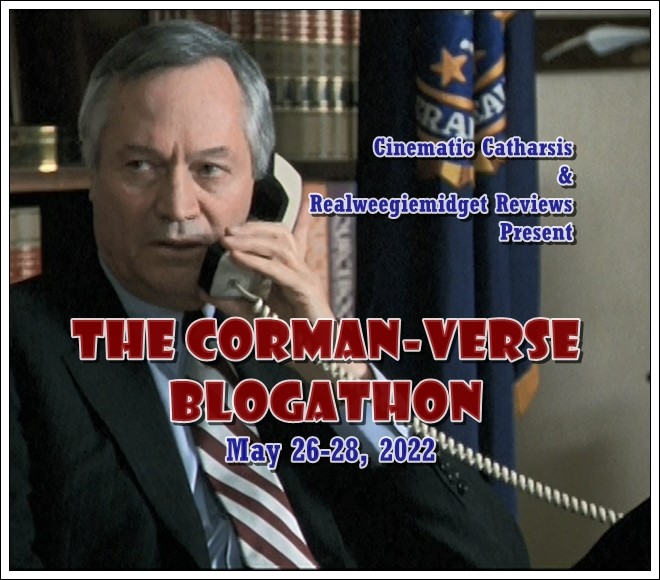