Now we are coming to the end of another season of Chesapeake Shores. With this story complete, I can now give my honest opinion on the season as a whole. This has been one of the strongest seasons in the show’s history! That balance between character and plot driven stories has returned! One of the strengths was the addition of new cast members. Because Robert Buckley was promoted the most, I’ll talk about his character, Evan Kincaid. With new characters, it can be hit or miss. But with Evan, he fit in just fine. In fact, it felt like he was meant to be on Chesapeake Shores all along. Evan was a well written character, with each layer being pulled back as the story went on. Robert also presented a personality that hadn’t been seen on the show before. Despite joining Chesapeake Shores this season, I can’t imagine this story without him. As this chapter of the show comes to a close, let’s re-cap the season finale!

Just a reminder: If you did not see the season finale of Chesapeake Shores, there are spoilers within this re-cap.

Name: As Time Goes By

Abby’s story: Abby comes back home from her business trip in Cleveland. She is surprised to discover Evan waiting for her at the airport. Afterwards, they agree to have lunch at Sally’s Café. During their meal, Evan confesses how he might have romantic feelings for Abby. She turns down this possibility at first, as she and Evan are business partners. But Evan convinces her to, at least, think about the idea of them together. The next day, Evan visits the O’Brien family home to deliver some homemade brownies. Abby is not only amazed by how good the sweet treats are, but how Evan created the brownies so that Caitlyn, who is lactose intolerant, could eat them too. In the middle of this exchange, Evan shares with Abby how he learned to bake from a man who used to date Evan’s mother. When Abby asks Evan if she can meet this man, Evan says he’ll try to locate him, as he is a truck driver. Later in the episode, Jay reveals how every year, he takes a picture for his “Best Moment of the Year” collection. For the previous year, he shows Abby a picture of her, indicating how she was his “Best Moment of the Year”. Jay also confesses how he has romantic feelings for Abby. But he says he has romantic feelings for a female guidance counselor named Cam as well. The information Abby received from Evan and Jay puts her at a fork in the road. After consulting with Bree, Abby calls someone and tells them how she has feelings for them too. But the identity of the receiver is not known.

Mick and Megan’s story: One morning, Mick and Megan share the news that not only are they taking a trip around the world, but Mick is also taking a year off work in order to make this trip happen. While the family is shocked by this news, there are happy to see Megan and Mick move forward with their relationship. While she’s at the location where the art show took place, Carter tells Megan how she has received multiple job offers due to the art show’s success. Megan says she has given up that life, indicating her disinterest in these offers. Then, Carter reveals how a prestigious art gallery in Los Angeles wants Megan to join their team. Because she has always dreamed of working with that particular gallery, she thinks twice about her future. Mick ends up finding out about this job offer from Carter, as Carter is on his way home to New York. When Mick addresses this piece of news with Megan, she says she hasn’t made a decision yet. But, by the end of the episode, she questions if she can have both the job and the trip. This makes Mick wonder if she’ll leave the family again.

Connor’s story: While Luke’s court hearing has received a different judge, the date is scheduled for the very next day. Even though this concerns Connor, he continues to look for a way to help Luke. Meanwhile, Margaret has her concerns about Connor’s well-being. Remembering what Connor said in the previous episode, Margaret brings s’more ingredients to the firm, in an attempt to help Connor relax. Connor likes Margaret’s gesture, which ends up with both of them kissing. But, the following day, Luke and Bree discover Connor slept at the firm. Because of this discovery, Luke reveals how he takes sleep medication. This information gives Connor an idea. He recruits his doctor as an expert witness, in an attempt to show how Luke’s sleep medication could be mistaken for amphetamines. The plan works and Luke doesn’t have to go back to prison. Toward the end of the episode, Margaret visits Connor at the O’Brien family home. While they are kissing, Connor collapses. The cause of his ailments is unknown.

Kevin and Sarah’s story: At the beginning of the episode, it is revealed Sarah had a miscarriage. Devastated by this latest heartbreak, Sarah tells Kevin to keep it between themselves. But, later in the episode, Kevin shares this information with Mick and Megan. They tell their son how they suffered a miscarriage years ago. Through the interaction, they show their support for Kevin and Sarah. When Kevin tells his wife what he told his parents, Sarah is upset. However, she comes to appreciate Mick and Megan’s support when Megan pays her a visit. Megan tells Sarah how her miscarriage happened after Jess was born. She also tells Sarah how, in time, she will get through this tragedy.

Jess and David’s story: Jess has a lot of thoughts about Mick and Megan getting back together. So, at three in the morning, she decides to write Megan an email, which contains her real thoughts. Later that day, Jess freaks out because she actually sent the email. When David reads it, he thinks it is brutally honest. So, Jess goes to the O’Brien family home to talk to Megan. She apologizes for the email, telling Megan how she’s actually happy for her and Mick. But Megan responds by saying she hadn’t checked her email yet, but appreciated Jess’s honesty. Meanwhile, David discovers his trust fund has been cleaned out. Only his father has access to this fund, but he is nowhere to be found. David goes to Boston to find out more information on his father’s whereabouts. When he returns, David tells Jess his father flew out of the country, with the FBI looking for him.

What are your thoughts on the season finale? Would you like to see Chesapeake Shores receive a sixth season? Let me know in the comment section!

2 thoughts on “Evenings At The Shore: You Fit In Just Fine” 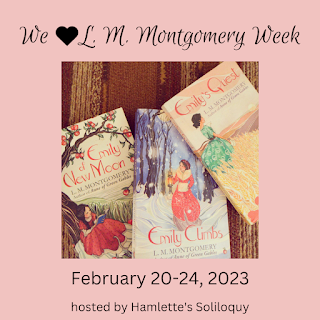