When Gill from Realweegiemidget Reviews announced that her blogathon would focus on James Garner, I found the perfect excuse to talk about one of his Hallmark Hall of Fame movies! For this review, I chose to write about the first one he starred in called Promise. This entry from the Hallmark Hall of Fame collection is one of the most beloved. It has not only received critical praise, but several awards as well. Movies that achieve a lot of praise can be hit or miss. I either find myself not liking the film as much as other people (in the case of The Christmas Card) or I gain understanding for why people like the movie so much (in the case of The Nine Lives of Christmas). With Promise, I wanted to judge it for myself. Is it worth its praise or is it overrated? I was lucky enough to find a copy of this movie on DVD, so I could bring this review to my readers and followers!

The acting: The acting in Promise was definitely one of the best parts of this film! Throughout the movie, James Garner and James Woods go toe-to-toe with their acting prowess. What brought believability to these respective roles were the versatility and emotionality of Garner and Woods. When it comes to the acting, the best scene in this movie is when Bob discovers D.J. having a psychological catatonic break. James Garner’s portrayal of Bob was heart-breaking, as his voice was battling sobs and his eyes were full of fear. As for James Woods’ portrayal of D.J., he was so listless and still that I honestly thought this character had died. Piper Laurie did a really good job bringing the character of Annie to life! What worked in her favor was the on-screen personality she presented. Since it was so sweet and gentle, it made Annie a likable individual. Even though she had a limited presence in Promise, Barbara Niven portrayed her character, Joan, wonderfully! The great thing about Barbara’s acting abilities is how expressive she is. A perfect example is when Joan spots D.J. watching her and Bob having an intimate moment, as she quickly changes from a passionate and flirty attitude to screaming in fear.

The set design: There were some interesting creative choices made when it came to the set design. For the interior design, I really liked the look of the restaurant where Bob visits his co-workers. The use of red and gold was magnificent, from the rich red carpet to the way the light illuminated off the gold details on the wall. There were also some visually appealing choices made for the film’s exterior design. On Annie’s porch, there was a large, white, multi-paned window at one end of it. It made that space feel like an outdoor room! It also provided a unique look from the other porches that were featured in this film. At one point in the movie, D.J. and Bob discover an abandoned castle. The way this castle looked was mysterious, but not scary. It reminded me of the abandoned places that are shown in urban exploring videos. Because of the look and feel of this place, it made me want to explore the castle alongside Bob and D.J.!

The scenery: Another appealing element of Promise was the scenery! My favorite place in this movie was the lake Bob and D.J. visit. This location was shown at different times of the day. It was even shown in the rain. But the lake always appeared serene and peaceful. Mixed with the forest’s foliage, it looked like an inviting environment! Long shots were used to showcase various landscapes. The field in front of D.J. and Bob’s mother’s house is one of them. The way this location was framed brought up the feelings of possibility and hope. This fit within the context of the story.

The secondary storyline: In Promise, Bob tries to sell his and D.J.’s mother’s house. This part served as a secondary storyline. I wasn’t a fan of this narrative for a few reasons. Personally, I didn’t find it to be very interesting. Also, it felt distant from the main plot. I’m glad this story didn’t adopt a cliché similar to the “woman from the city coming back to her small hometown” cliché. However, I wish this movie kept its focus on Bob and D.J.’s story.

The discussion of Mental Illness: Promise’s discussion of Mental Illness is similar to A Time to Remember’s discussion of Alzheimer’s. I commend this film and its creative team for addressing the ways Mental Illness can affect an individual and the people around them. But I honestly think this discussion could have been executed better. For starters, D.J. ends up being a supporting character in the story instead of an equal co-lead. This does a disservice not only to D.J., but also to members of the audience who have been affected by Mental Illness in some fashion. Within the first half of the movie, D.J. is called “crazy” by Bob because he has Schizophrenia and because his beliefs happen to be different from his brother’s. I understand that stories like this are meant to feature unlikable protagonists, in an effort to showcase their personal growth throughout the movie. However, Bob’s attitude and views toward D.J. were unfair and they did not sit well with me. In one scene, D.J. explains to Bob what having Schizophrenia is like. While this monologue was well written and delivered, I think this explanation would have been a little more effective if the audience could see at least one of D.J.’s hallucinations and/or hear the audio from his “voices”. It would have shown and told the audience an idea of how Schizophrenia affects someone.

The editing: As I was watching Promise, the overall film felt uneven. This was caused by some scenes ending too quickly. One example is the scene where D.J. tells Bob that he feels normal again. Right after he says this, the next scene immediately starts. This not only felt abrupt, but there also wasn’t a smooth transition provided. The presentation of these scenes was the equivalent of stop-and-go traffic.

As the cover of Promise’s DVD says, this movie is “the most-honored television movie of all time”. However, I thought the film was just ok. This is certainly not one of the worst projects Hallmark Hall of Fame has created. Elements like the acting, set design, and scenery prevent it from being unenjoyable. However, I can think of other Hallmark Hall of Fame stories that are stronger than this one. The primary focus of Promise should have remained on Bob and D.J.’s story. It also should have given D.J. an equal portion of the narrative as Bob. This way, he could have a bigger voice and more perspective to share in the film. Since this is one of four Hallmark Hall of Fame movies James Garner starred in, I would be interested to see how those movies compare to Promise. I have Decoration Day on my DVR, so I might have to review it in the near future! 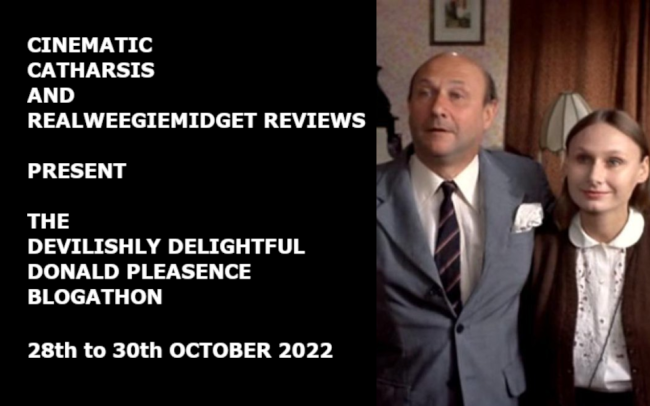