My blog received 130 followers last week! To all of my followers, thank you for helping 18 Cinema Lane become this successful! This review would not be possible without you! For this blog follower dedication review, I have chosen a movie that was released in August of 1946. By looking at the title, you would know that the film I selected is The Big Sleep! I’m going to be honest; I don’t watch films from the film-noir genre often. It’s just not a genre that I purposefully go out of my way to watch. However, because I, as a movie blogger, try to go out of my cinematic comfort zone, I still chose to watch The Big Sleep. I also discovered that this movie is labeled as a mystery. Since I review mystery films from time to time, I figured this would be something that I might enjoy. Choosing this particular movie for this review makes sense, especially since the last time I reviewed a mystery film for a blog follower dedication review was when I wrote about The Moon-Spinners back in January.

The acting: What helped bring this story to life was the acting performances! I’ve seen Humphrey Bogart in Casablanca, so I was familiar with his acting style. His performance in The Big Sleep embodied the tone and attitude of the film. Humphrey’s character, Philip, could either be mysterious and serious or charming and suave. That’s because he was able to effectively portray those emotions and personas when he needed to. Before watching The Big Sleep, I was more familiar with Lauren Bacall’s voice-acting work than her on-screen performances. However, I was very impressed by her portrayal of Vivian Rutledge! Her acting style is similar to Humphrey’s, in that her performance is more subtle in presentation. Her on-screen personality ranged from serious and head-strong to flirty and charismatic. With each scene and scenario, Lauren brought believability to her role.

The mystery: If you’ve ever visited my blog, you’d know that I watch and review a lot of the programming on Hallmark Movies & Mysteries. What makes The Big Sleep different from those movies is how the mystery is written. As the mystery plays out on screen, the audience gets to experience the events alongside the characters. This allows the surprises and twists to catch viewers off-guard. The way this mystery is written also gives the audience the feeling that they are sharing moments with the characters. It helps them connect with the protagonist and the people around him.

The tone: Because The Big Sleep is a part of the film-noir genre, the tone is darker and more serious. A strength this movie has is how consistent it was. Throughout the film, the subjects and ideas that were expressed belonged to the real world. This kept the story grounded and the characters realistic. Since there were stakes in The Big Sleep, everything was handled with seriousness and reverence. These things made the story mature without becoming too dark or unpleasant. All of the aforementioned components helped maintain this tone’s consistency.

A limited amount of suspense: In some mystery stories, the suspense is consistent throughout the film. Unfortunately, The Big Sleep was not one of those films. The suspense in this movie was very limited. It almost seemed like it was utilized for the sake of plot convenience. This made some parts of the movie more interesting than others.

So many characters: Mystery movies usually have a larger cast of characters. Some of them serve as suspects for the mystery. In The Big Sleep, I felt like there were too many characters. Sometimes, it was difficult to remember who was who and their connection to the mystery. What didn’t help was having some characters appear on screen for a short amount of time. Not every character was introduced toward the beginning of the film, like most of the films on Hallmark Movie & Mysteries. This felt like the characters could come and go whenever they pleased.

Lack of lighting: There were some scenes in The Big Sleep that featured very little lighting. Because of this, I had a difficult time trying to see what was happening on screen. One example is the scene where the person who shot Arthur Gwynne Geiger was being arrested. I understand that this movie is classified as film-noir. But just because a film’s tone is dark, that doesn’t mean the scenes have to be dark in presentation.

As I said in my introduction, film-noir is a genre that I don’t watch often. But, because this review is meant to thank my followers, I was willing to go out of my cinematic comfort zone and share my thoughts on films that I think are worth my followers’ time. The Big Sleep is a movie that I ended up liking. The mystery was interesting and I enjoyed seeing the acting performances. However, this film does have its flaws, such as having too many characters and lack of lighting. For someone, like me, who doesn’t watch a lot of movies from the film-noir genre, I’m glad I gave this film a chance! Something that I mentioned in my review was how I watch a lot of content from Hallmark Movies & Mysteries. When I talk about films like The Big Sleep, it helps me expand my cinematic horizons when it comes to mystery films. For my blog follower dedication reviews, I will continue to share films that are different from the last.

Do you watch films from the film-noir genre? If so, which one is your favorite? Let me know in the comment section! 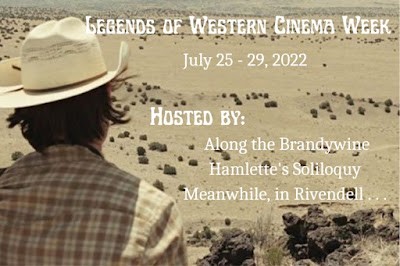